The Second President of TSBC:

The Man Who Stood in the Gap

On Friday, December 2, 2023, Dewey Griffith left the stage here and joined Jesus. According to A History of Tri-State Bible College by Norma Jean Staten with Bob Withers, Dewey served as the second President of Tri-State Bible College (TSBC) for five* years from 1989 to 1995 (pp. 26, 32). Griffith “graduated from Ohio University in 1970 and Dallas Theological Seminary in 1975 . . . President Griffith’s vision for the school was two-fold – provide a high level of quality Bible education presented by qualified teachers and see increased revenue. ‘No money invested in God’s work fails to accomplish eternal results,’ he wrote in a letter dated June 30” (p. 26). In addition to sustaining TSBC following the sudden passing of our Founder, Walter E. Staten, on May 12, 1988, President Griffith’s tenure produced the one-year layman’s Certificate program at TSBC, which still exists in a modified and customizable form to this day. He also changed the Bachelor of Theology program from a five-year to a four-year program (p. 32).

The designation “The Man Who Stood in the Gap” may at first seem to emphasize those who came before and those who came after while missing the contribution of the “The Man.” However, we learn from President Griffith that the one who stands in the gap is called to a ministry requiring a great deal of endurance, strength, grace, and most of all discernment to refine that with which he has been entrusted. Dewey demonstrated grace and strength in a difficult season at TSBC and refined our program offerings to better offer access to our community of believing, biblical scholarship.

Our sincerest condolences are with the family and friends of our former President. We pray for you to rejoice in the hope of the resurrection, to endure in your suffering, and to persist in prayer to the one who hears prayer (Romans 12:12). 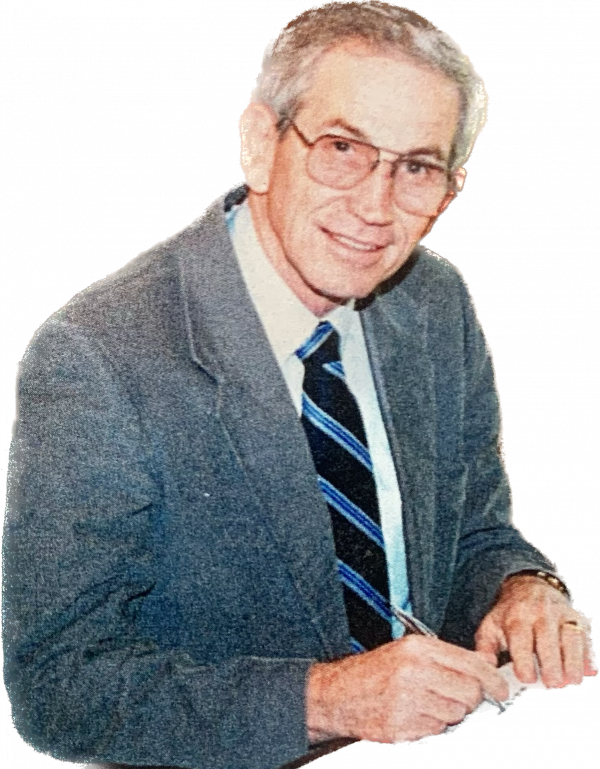 TSBC Board member Pastor Rob Jones and his wife, Debbie, recently had the opportunity to attend the memorial services for former President Griffith. Below, Pastor Rob offers a tribute to our second President:

A Tribute to the Second President of TSBC:

On December 5, 2022, Debbie and I traveled to Osborne Baptist Church in Eden, NC to attend the memorial service as representatives of President Howe and Tri-State Bible College. Sharon Staten attended, representing Norma Jean and the Staten family. It was the founder of TSBC, Walter Staten, who mentored Dewey in his faith and paved the way for him to attend Dallas Theological Seminary. Founder Staten asked Dewey to come to TSBC after his graduation (Th.M.) from Dallas Theological Seminary. Dewey taught at TSBC for several years and served as President of the College after President Staten’s death. He pastored in three churches. After the service he was honored with a full military salute, being an Air Force Veteran.

The setting of the memorial service was the church where Dewey served as associate pastor for 25 years and where his son, Steve, pastored alongside him as the senior pastor. Eden, NC is a Blue Ridge Mountain community, in my mind, akin to fabled Mayberry, NC. Was there a more perfect fit for the man I knew as strong in grace? Dewey’s large family rose to honor him as the ideal, godly, dad. Jim and Steve (sons) both pastor churches, and it was obvious they both learned their people-craft from dad. Rhonda and Robyn, Dewey’s daughters (that I have known for half a century for I was youth pastor of the four), stood by Dewey in the same graciousness of spirit that he had taught them. They told dad-stories and reveled in how Dewey wove his own homespun bible wisdom with Vance Havner’s, as they giggled (very respectfully) about his “Dewey-isms.” The multigenerational family stood together, portraits of residual grace, in the shadow of humble Dewey, while pictures from the past of him and Pat scrolled overhead. Dewey was honored while Jesus was worshiped.
It was mid-afternoon on a Friday, and the large worship auditorium was packed. Grace is attractive. Paul commanded Titus and Timothy to be strong in grace so that Truth could find quarter in the souls of the needy. That imperative was not wasted on Dewey Griffith. He nailed it.

*The number of years and date range has been corrected from a previous edition of this post. After conversations with Norma Jean Staten, it was determined that President Griffith served from 1989–1995, five academic years.