Home 9 Forgiveness 9 Do You? 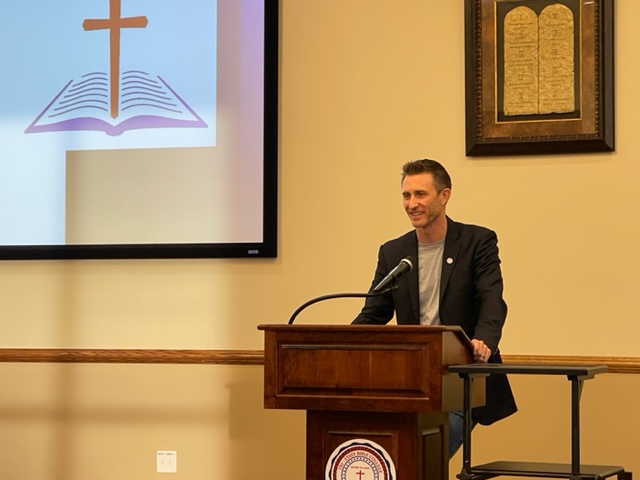 Last year, my son and I finished reading The Magician’s Nephew, Book One of The Chronicles of Narnia series by C. S. Lewis. One particular exchange between Aslan and Digory Kirke has stuck with me:

“You met the Witch?” said Aslan in a low voice which had the threat of a growl in it.

“She woke up,” said Digory wretchedly. And then, turning very white, “I mean, I woke her. Because I wanted to know what would happen if I struck a bell. Polly didn’t want to. It wasn’t her fault. I—I fought her. I know I shouldn’t have. I think I was a bit enchanted by the writing under the bell.”

“Do you?” asked Aslan; still speaking very low and deep.

For those of you unfamiliar with The Chronicles of Narnia, Aslan is the Lion, who is Creator, King, Savior, and Redeemer of Lewis’ fantasy land of Narnia. You’ll notice in the exchange above that Aslan doesn’t say much; he only asks two questions—questions that cause Digory a great deal of soul searching about his past participation in the wretched White Witch’s freedom and reveal the deceptiveness of his human condition. Aslan only has to speak two small words to pierce Digory’s conscience and bring clarity, “Do you?” In other words, was it really the enchantment that led to the striking of the bell or was it really just you and your desire to strike the bell?

Humanity cannot excuse or rearrange its greed, abuse and corruption of power, lust, lies, rage, mercilessness, injustice, selfishness, and idolatry. I remember having evangelistic conversations with people in New York City on several occasions through Spread Truth Ministries. When asked, “What went wrong with the world?” Most people would reply that the wrong people have most of the money and the power. When pressed further about human nature and why people are greedy and why people abuse power, it often led to an opportunity for me to explain the biblical doctrine of sin. Putting our finger on the problem of the human condition presents the opportunity to stop pretending.

James nails the human condition when he writes, “But each person is tempted when he is lured and enticed by his own desire. Then desire when it has conceived gives birth to sin, and sin when it is fully grown brings forth death” (James 1:14–15 ESV). Digory’s sin would later lead to death in Narnia. On that dark occasion, when the Christological typology present in the Lion of Narnia is at its highest, Aslan would “trample death by death,” propitiating forever the laws of Narnia against the sons of Adam and daughters of Eve, and set a new Narnia free from the Witch’s icy grip. For both Digory Kirke, and later Edmund Pevensie, the first step to enjoying the grace and mercy of Aslan in a new creation is honesty about the sinful human condition. They had to stop pretending. As the Lord Jesus has said, “I have not come to call the righteous, but sinners to repentance” (Luke 5:32 NET). Later in Luke, Jesus explained about forgiven sinners, “Therefore I tell you, her sins, which were many, are forgiven, thus she loved much; but the one who is forgiven little loves little” (7:47 ESV).

Friend, do you pretend? Do you dismiss your sin as an enchantment in a moment of curiosity or passion? Do you own it? Do you confess it honestly before the Lord before whom nothing is hidden? Do you love the Lord’s propitiatory death? Do you rejoice in the hope of his resurrection? Do you love him much? Do you? We live in a time when it is convenient to think everything is someone else’s fault. There are easy targets out there by which we may feed our self-righteousness. Let it not be so of the Lord’s church. Let us be a people who stop pretending, a people who comprehend the totality of our forgiveness in Christ, so that we may love our Lord and others much.